what is the relation between test plan, test suite and test case?

I have searched a few things about the differences and relations between test plan, test suite and test case and I found out the following picture as a summary: 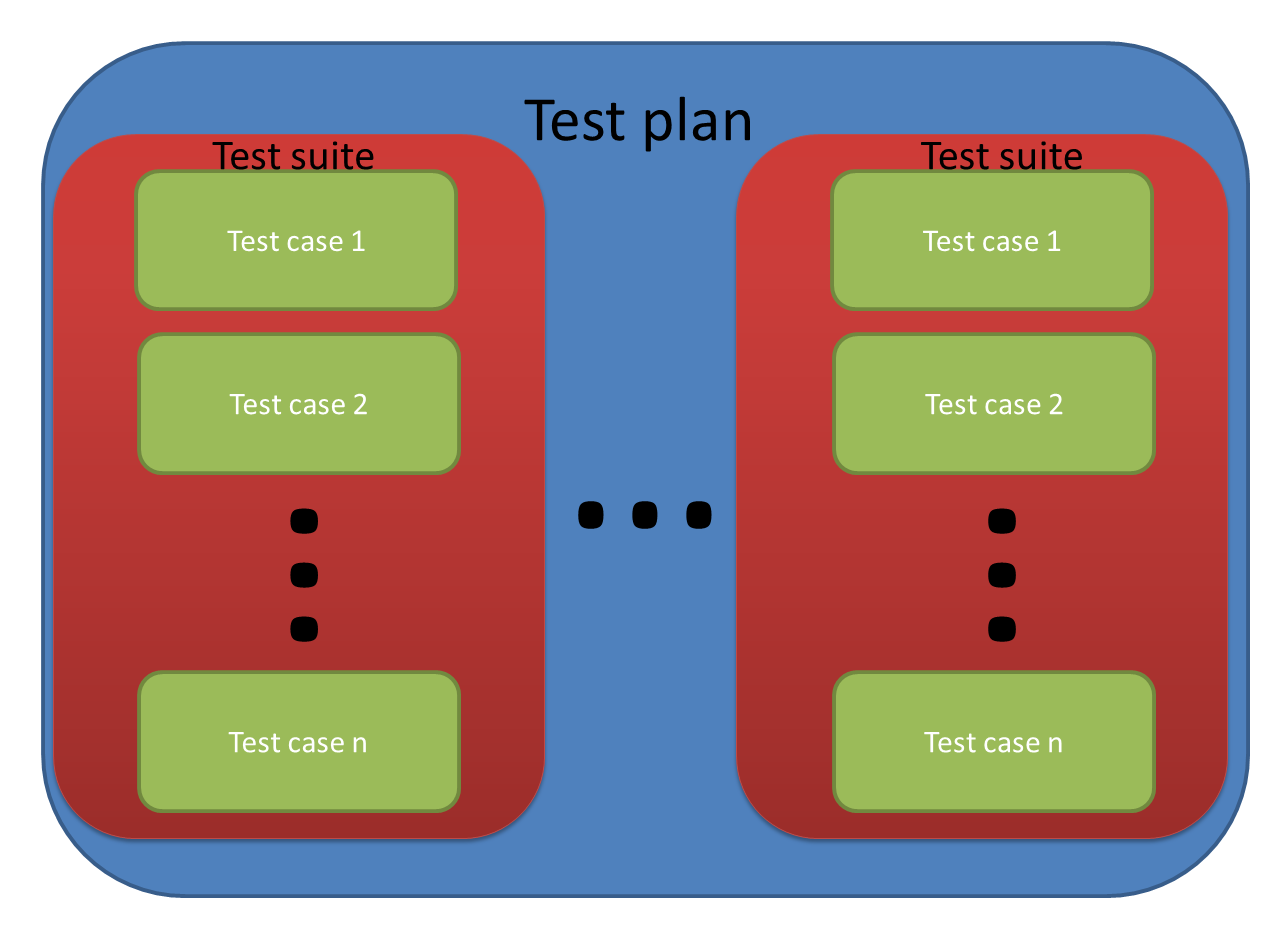 Is my understanding fully right? Is there any important thing I have missed?

I think your understanding is fundamentally correct.

A test plan is just that -- a test plan. It is how you plan to go about testing an application or change to an application as a whole. The plan might include a description of what scenarios you need to cover, whether they will be automated tests or manual tests, whether you will do performance testing, in what environments (os, systems, browsers, etc) the tests will cover, and so on.

Wikipedia says this about a test plan:

A test plan is a document detailing a systematic approach to testing a system such as a machine or software. The plan typically contains a detailed understanding of the eventual workflow.

Wikipedia says this about a test suite:

...a test suite, less commonly known as a validation suite, is a collection of test cases that are intended to be used to test a software program to show that it has some specified set of behaviours.

A test case is what is actually performed during testing. A test case could be a single automated test, or it could be instructions for performing a manual test.

Wikipedia says this about a test case:

A test case, in software engineering, is a set of conditions under which a tester will determine whether an application, software system or one of its features is working as it was originally established for it to do

The usual definition of a test plan is detailed here.

The image you've posted, however, is exactly how Microsoft Test Manager is organized. You create a "test plan" (in their terminology this means the tests to be executed) for a certain release or sprint. In a test plan, you may have one or more test suites, which contain test cases. (Normally grouped in a suite by a certain criterium, according to the test lead's vision or strategy.)

So yes, that chart is correct in its high-level depiction of the test executables. If you're bound to a tool, you're kind of enforced to use a workflow, Selenium IDE uses this suite-test case division too. But even when using Excel you'll probably have a test suite per sheet (or per file) which contains multiple test cases.

Using a Test Suite breaks up the many Test Plans to many Test Cases relationship.

So you can have a Test Plans have many Test Suites (a subset grouping of Test Cases) which has many Test Cases.

Hence, a Test Case could be included within many Test Suites within Test Plan for application X.

For example: Application X's Test Plan would include a Test Suite for Sprint 123 which consists of a subset of Test Cases for the stories within Sprint 123.

Not the answer you're looking for? Browse other questions tagged automated-testing testcase test-planning robotframework or ask your own question.

34
How to write a test plan

5
Difference between Selenium and TestNG
2
Risk Management in Software Quality?
2
How would you differentiate between UI (User Interface) and UX (User Experience) testing?
3
Which one i should make? complex test scenario and test case or checklist?
3
Why separate test cases and test procedures?
0
What are the tools can be use for functional testing for an EXTJS application?
0
Running test suite from both terminal using pytest and unittest runner but show only unittest runner results and execute once
2
Which approach should be applied when automating stories? What are the approaches or methodologies for it?