How to show "transaction response time" graph in LoadRunner Controller?

In LoadRunner 11.03, after the scenario has finished running (and also while the scenario is running), under 'Available Graphs' → 'Transaction Graphs', there is a graph called 'Trans Response Time': 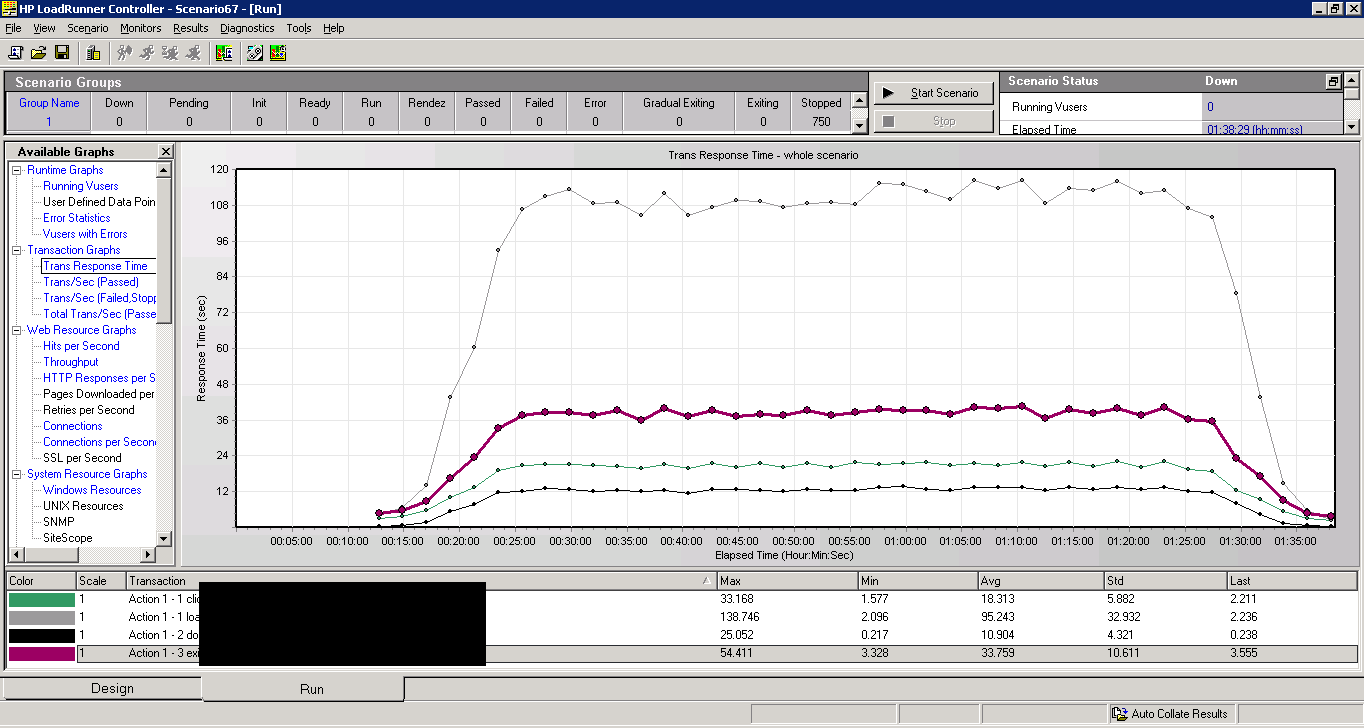 Let's take the red line for example. Per the numbers below the chart, the maximum recorded duration (y axis) is 54 seconds. However the graph does not show this. Looking at the graph, we see no points with y axis = 54 seconds.

The same goes for the other 3 lines on the chart. 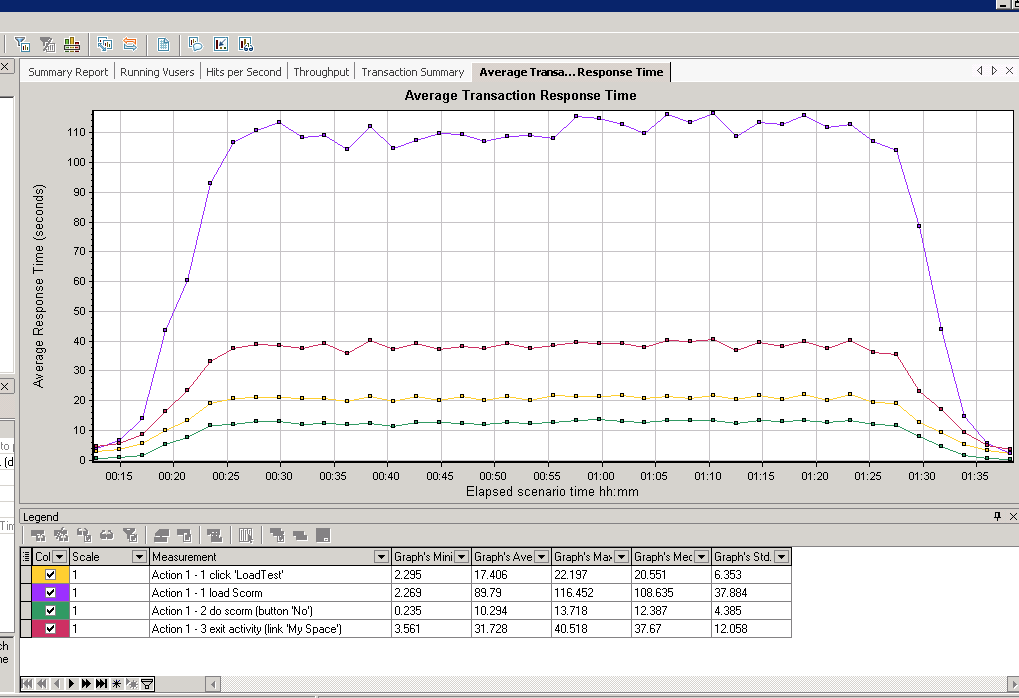 Is this a bug with LoadRunner?

That is a good question! Controller is showing “average” response time since in online it receives only “aggregated” values from all vusers/hosts. Controller has no details(per vuser) in “live” mode. Only after scenario completion, Analysis gather (collate) all the details from all LGs (where they were kept during scenario run) and allow customer analyze them “offline” in Analysis. Analysis will enable you to drill down up to certain single transaction of certain vuser.

Not the answer you're looking for? Browse other questions tagged loadrunner or ask your own question.

3
How to correct Correlation problem in loadrunner
0
how to test Android appplication in LoadRunner?
3
LoadRuner 12.5 - Throughput Difference with similar Response Time for different locations
2
How to convert LoadRunner scripts to JMeter compatible scripts with least re-work effort?