It's an Interview question: If each test case contains 8-10 lines within it. Then what would be the average time to automate them?

I think it depends on the following factors:

And we may dicuss about the ROI

what are the other things that need to keep in mind while removing an overall time effort to automate them?

In addition to the existing answers, another factor in ROI is how often the test cases need to be run.

If automating the test cases will take you 500 hours, they need to be run once a year, and it takes an hour to run each test case manually, by the time the automation has "earned back" the initial development time, the software is likely to be obsolete.

If, on the other hand, you need to run the same test cases three times a day (after each build), then it's worth doing, because you will be into positive ROI within a year.

Other things you should consider:

Don't forget to include time to test and deploy your automation. In my experience building it is the fastest part. Testing it to ensure it's stable and does not generate false positives or false negatives and getting it deployed to run on a regular basis takes a lot longer.

In interview they basically want to ask you about ROI

Here is the brief description:

Identify the parameters on which you will base your test cases as a candidate for automation.

Once you have identified all the granular level details, you can present them in the below way. We are now progressing to calculate the ROI. 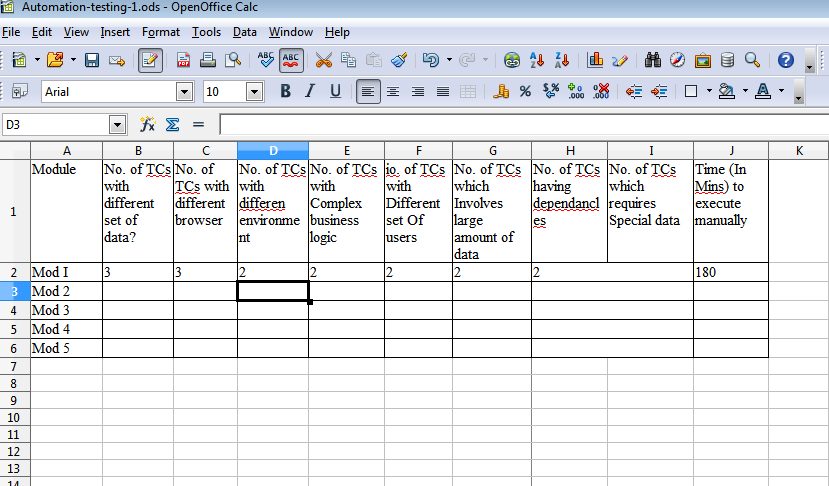 As per my experience, it takes 1 hour to manually write the scripts of a test case with 8 to 10 steps and 1 day ( 8 hours) to develop the automation code for the same.

Eg: Login to Application is one step It may take 1 hour or so develp this functionality.

But still, the other factors given in all other answers can impact it.

Not the answer you're looking for? Browse other questions tagged automated-testing selenium selenium-webdriver testng interview or ask your own question.