How to use jmeter with the perfmon plugin?

I am very new to performance testing, it may be simple question.

To get the server performance by using perfmon plugin, do i need to install the jmeter in the respective server and then run the test plan there itself?

as per the video shared in the youtube, that server agent will be installed in the server, my question is do i need to install and run the jmeter in server?

Someone has to install the JMeter server agent on the same machine as the server. You can run JMeter itself on a different machine.

You need to deploy JMeter Server Agent on the Server and activate it by running the bat file on Windows and shell script file on Linux based server.

You can run your JMeter test from another computer. This doesn't have to be running on the server itself. Server Agent will then send the performance monitoring data to your JMeter test instance and using the Perfmon's Listener you will be able to track the health of your server. 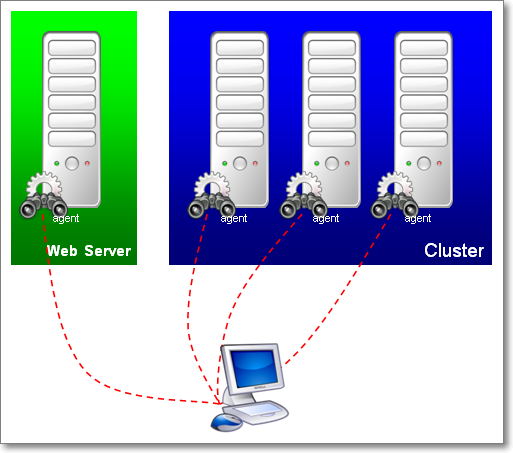 Once you install and execute the agent on the server you can add Metrics Collector listener on JMeter machine and configure what metrics you need to visualise. JMeter will connect the agent remotely via TCP or UDP, collect necessary metrics and plot them in a chart.

The PerfMon plugin consists of two parts. First, the Server Agent and Second the metrics collector.

The Server Agent has to be installed on the system on which your server is running. The Server Agent collects data from the server during tests and sends the data to the JMeter on the other system.

The JMeter is installed on the system from which you run the test. The Metric collector receives the data from the Server Agent and converts the data into readable and understandable graphs in JMeter.

Not the answer you're looking for? Browse other questions tagged jmeter or ask your own question.

2
Using Selenium scripts with JMeter for load testing
9
Tools to measuring page rendering time
0
Jmeter - Connection refused to host: 127.0.0.1; nested exception is: java.net.ConnectException: Connection refused: connect
3
Am I missing anything professionally in my JMeter plan?
2
Jmeter-Performance Testing Results
4
Load/stress testing framework for AWS EC2 instances with startup/shutdown?
1
How to run samplers sequentially in JMeter while running samplers by throughput?
0
How to convert .har files to .jmx files?
0
Move files from source to destination in jmeter