What should a Software Tester do to become more valuable and helpful for the Development Team?

When I write detailed defect descriptions or bug reports, then my team's Development manager feels satisfied. What are few things a blackbox tester can do to help the Developers become more productive and fix the defects easily?

One thing I observed that made my Development team concerned was when I reported important bugs just a week before the Production release and after the code had been freezed.

Also, when I did retesting of a bug fix in the new build and failed it and after the 2nd time the bug was fixed by developers, I again found a symptom of the same bug, which I missed and should have found earlier.

I have noticed that the Dev team doesn't appreciate these things as They always defer the late found bugs to the next release, am I being ineffective over here?

Thus, what exactly do good and experienced developers really expect from the QA team? How can we Testers create more value for developers working in the same project team?

It is very admirable for you to consider a tester's role from this perspective.

How does a tester handle this kind of situation?

You mentioned that you discovered bugs shortly before code release and / or code freeze, your development became very concerned.

You mentioned that your development team does not appreciate your effectiveness as a tester when you found a new symptom of the same bug.

There is one question I want to clarify:

For testers to become more valuable and helpful for the development team...

Focus on helping developers earlier in the process

Focus on adding value much earlier in the process. Focus on working with developers before and as the code is being written, not after it has been deployed in a testing/staging environment. This will help change your role from a critic to a helper.

Practical ways to achieve this change:

I'm a former developer and the above reflects my experience.
Hearing from QA once I finally have the code finished is quite annoying. Having them work through a test plan or break out a mobile device or IE browser on the spot to check out development still in progress was helpful and more welcomed by me.

So, first, I think you have a management problem. It sounds to some degree like there's an "us against them" philosophy, where test is seen as an obstacle to release, not an integral part of the Development process. A good developer, in my experience, is fully aware that they're human, and will make mistakes. They understand that test is there to protect the end user, and both the developer and the tester are equally important to the overall effort. Things to look at include questions like is there a path for advancement for testers in your organization? Or is test seen as a way to get into development? If there isn't a path for testers to become senior testers, and have as much influence on the development process as a lead developer, that's probably a problem. If developers become defensive when you report defects, that's a problem. And it's not necessarily something you can solve without help from management. For example, if the developers are evaluated on how many defects are found in their code, then that's a recipe for a contentious relationship.

Second, since you're a black-box tester, you have an opportunity to understand the system as a whole better than any developer does. As a general statement, developers understand their area of expertise quite well, but they don't understand how their piece works with everything else, or with the surrounding infrastructure. This is often true of architects as well. You have an opportunity to become an expert in this, and a real advocate for the end user.

Third, just like developers aren't perfect, neither are testers. That's why you shouldn't be just testing code. Your job, along with everyone else's, should be improving the process to make defects less likely to end up in the code, and more likely to be found when they do. Sometimes, this means writing code so that it's easy to test. What process you're using, waterfall vs. agile, doesn't matter. What does matter is that you look for places the process can be improved, and defect discovery can be done as early as possible. To take your example of bug rediscovery, why didn't the developers have unit testcases that could detect the bug, after you'd reported it the first time? Or if you found a symptom of a bigger problem, why didn't they realize the problem was bigger than it was? You're not the only person responsible for software quality.

And, finally, it's far better to find and report a bug, even if it's late in the cycle, than to not find the bug. Would you/they prefer it be found in the field? Note that this doesn't mean that it isn't sometimes/often appropriate to defer fixing a bug to the next release, but that decision should only be made after the impact of the defect is understood, along with the likelihood of hitting it. If it is a serious bug, then you should figure out why it wasn't found earlier. Was it because there were bunches of other bugs that were blocking finding this one? Was the bug introduced as a fix for another problem? Maybe having more people testing would surface bugs earlier.

From the perspective of a developer,

I am a freelance developer, and as such I work with many different QA setups. From one guy testing everything to full teams of people checking down other teams of people's work. I am usually either the only developer or in a "management" type position (Dev manager, Lead Dev etc.) I only mention that as it's important to know "what side of the isle" I'm on.

First, and most important QA plays a vital role. I can write awesome code. But I can only write code to my understanding of the problem that I am trying to solve. If QA does nothing more then provide a different mind set, their value is already astronomical.

Here are some things you can do as a QA "person" that will really help.

Feels you are testing too late in the process. Focus on preventing defects and testing in parallel with coding. 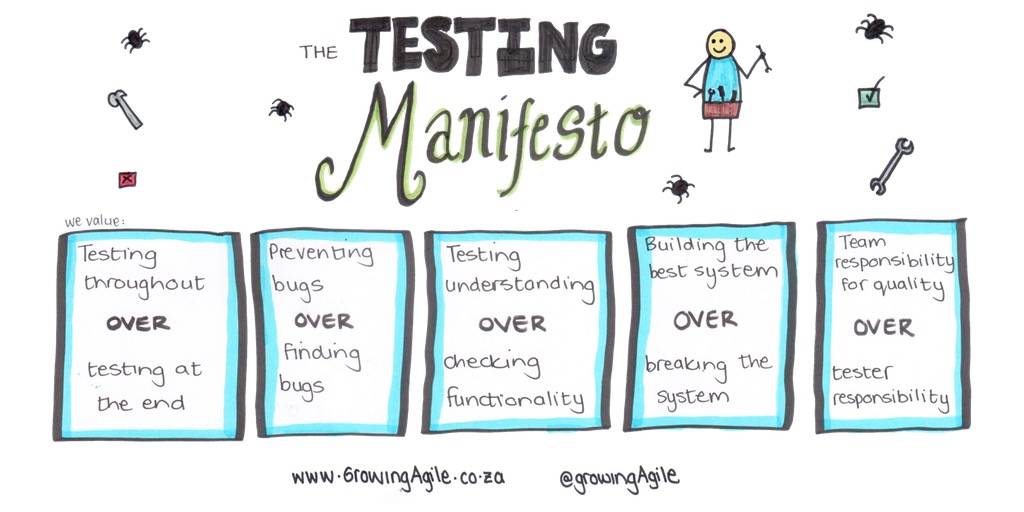 How you achieve this is too broad to answer here.

Waterfall or not you can still apply most of the idea's. Lets take preventing bugs. Instead of playing ping-pong with your developers you could ask them how they think this can be resolved? You better testing is not the issue since they could break something else with their changes. Meaning you would keep coming back, this is the issue, you keep finding issues in code they created.

The developer are making the defects not the testers. I think you should teach the developers to be better testers, so you can focus on the big picture and not the details.

Most of the answers so far seem to be approaching this problem from the perspective of helping you deal with stubborn/grumpy developers when you find and report a bug. Lots of people have (correctly!) pointed out that the job QA/testers do is of huge importance to the success of a project and you certainly should not feel bad about raising issues, even if you find them late in a release cycle.

I would add a couple more points, from the perspective of a developer. I've worked with lots of testers, and I can't stress enough how much developers appreciate testers who submit good defect reports. The sorts of things that to me make a good defect report are:

Developers, like everyone else, ultimately want the product they're building to be wonderful and awesome, and while it can certainly affect the ego when bugs are found, it's obviously to everyone's benefit for bugs to be reported. That being said, when a defect report is submitted without sufficient data to reproduce the problem, it generates a ton of extra work for everyone involved.

I've certainly uttered my share of muttered curses against those darned testers finding bugs in my code, but when those testers make it as easy as possible for me to fix the problem, all is quickly forgiven.

Adding with the other answers,

A test engineer has to maintain a strong personality where he can introduce a new bug anytime because both developers and testers all know the fact that, either developing or testing can't be declared complete apparently! No tester can guarantee to catch all bugs earlier as like as no developer to write a perfect working code at once.

Rather it's a huge relief to find it before going to production! Even if it might go unfixed to current release but it's now a known issue to all. So in worst case, if a real user reports this issue then software team can ASAP fix this or declare this as 'known' rather start panicking!

There will be always scope for betterment of quality of product. If a tester remain strong to his statement and towards this view, then no developer or management can treat him/her like this going as unappreciated! We have to earn this through strength of our personality!

But again there might be fact that, to meet the the hard deadline management has to defer this bug to be fixed in the next release. This time tester has to be considerable enough. Because complaining about the fact is not always appropriate. Knowing the situation and adapt with it should be of great quality for both developer and tester to build/maintain a better software!

6
Should Black-box software testers do Root-Cause analysis of every defect they report?
2
Should the highest bug priority be limited to bugs found on the production server
40
What should Testers do if they are not able to find good defects in the product?
14
Should QA or tester mention the root cause for a bug?
16
How should I respond when the team wants to ignore a critical but hard to reproduce bug
4
Why would an external testing team find more bugs then an internal testing team?
3
How should Software Testers improve the process of Requirements Analysis?
1
How increasing appraisal costs decrease failure costs?
4
Is it valuable to measure bug count per hour of dev time?
14
The test team as an enemy of development? And how can this be avoided?