As a QA lead or QC/tester, in your company/projects, were you involved in the discussions during requirement phase itself or only during or after design/development phase?

The earlier, the better. In addition to what J Doe says, that the earlier you catch defects, the better, being involved with the design and implementation can lead to more testable code.

For example, there might be areas of error recovery code that would be difficult to enter in a normal environment, so the code could be restructured, or an additional runtime switch provided, to make it easier to test that code. Similarly, you can make sure that appropriate types of logging are included that could make verifying certain tests easier. If you're doing function/white box testing, you can advocate for having modules be as simple as possible, to facilitate test coverage and regression tests. If you're doing black box testing, you shouldn't be paying too much attention to the design, aside from advocating for more testable code, but you can be an advocate for the end user, in terms of installation, configuration, and documentation.

I have been involved both before and after the requirement phase, more recently with Agile organizations where requirements are constantly collected.
From these experiences I have learned that being involved before requirements is beneficial because:

As QA I have worked in 10 different projects and clients. Client throughout the world. I observed below points with respect to the above question asked by @kankara.

Please refer to below pyramid for more details. 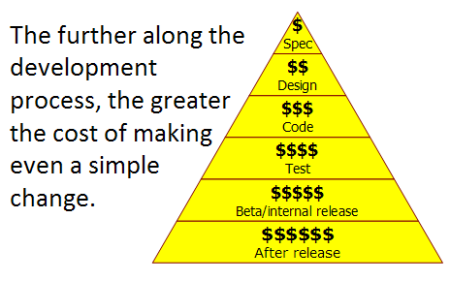 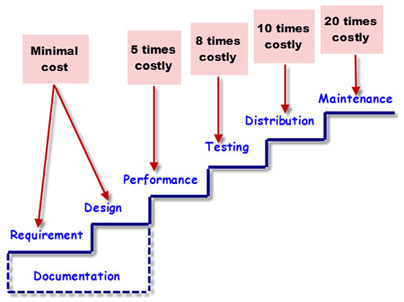 Not the answer you're looking for? Browse other questions tagged quality-assurance or ask your own question.

1
What are techniques to analyze requirements in order to write test cases?
4
How testing and inspections can fulfill quality requirements?
8
New Hire: lack of documentation vs QA velocity
1
Validating adherence to software architecture/design after implementation
0
Automation Testing the python code for Autonomous Driving Environment?
1
Is there a standard list of mutually exclusive project roles?
3
Multiple Scrum Teams - How Can I Make Use of QA?
16
How can I find the weakness of our "Quality Assurance Process"?
4
What does a bug do to you?
7
Should Testers be called QA?