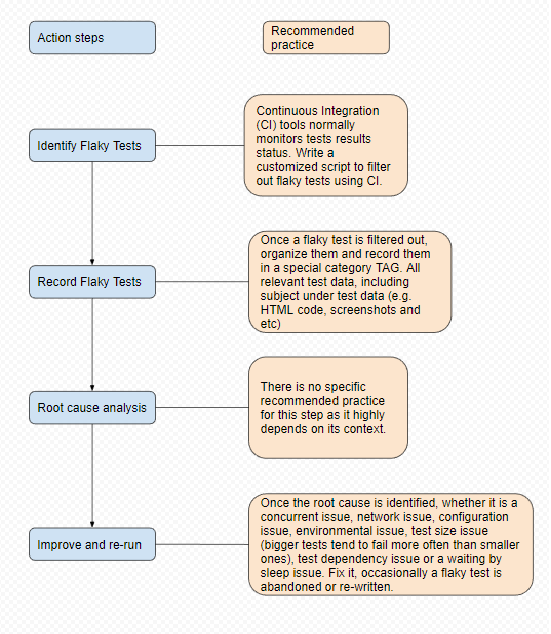 Not the answer you're looking for? Browse other questions tagged automated-testing test-management quality-assessment intermittent-failures flaky or ask your own question.

26
How to make selenium tests more stable?
12
Is retrying failed tests good strategy to handle flaky tests?
12
Test for unknown issues
6
How do we deal with occasional (but real) application failures
7
Test Quarantine in Protractor
2
How to automatically rerun failed TestNG tests on Jenkins and update the final results to pass if retries passes?

5
How to fix intermittent typing problems with send_keys?
13
Automated tests pass every time when run individually, but when they are clumped into a test suite it's a toss up if the tests will pass
2
How do you manage dependencies between automated UI tests?
0
Fail-fast methodology when there are multiple points of failure in a test
12
Is retrying failed tests good strategy to handle flaky tests?
2
What techniques can I use to determine the reasons for intermittent automated UI test failures?
3
Rerun failed (flaky) tests with Jest
6
How do we deal with occasional (but real) application failures
6
Speeding up end-to-end tests
5
Communicating markup changes between developers and testers