How to use fictitious people and personas in testing?

I've recently stumbled upon the concept of "Personas":

A persona, first introduced by Alan Cooper, defines an archetypical user of a system, an example of the kind of person who would interact with it... personas represent fictitious people which are based on your knowledge of real users.

Difference personas may use the software under the test in a very different way - some would be less "tech"-savvy, some would be "power" users which would, for example, use keyboard shortcuts, browser navigation buttons, most recent browsers etc.

Example of a Persona from the "Explore It" book:

Jaina is a 20-year-old in her first position. She’s been using computers since before she can remember. Although Jaina is quite competent technically, she lacks work experience and is easily confused by company procedures and jargon. However, she is eager to learn and asks a lot of questions, sometimes interrupting her work to seek out answers. She is also keen to show off what she can do.

I'm curious, have you tried Persona-based testing? How did you invent, formalize and document the Personas?

What are the general advantages of Persona-based testing comparing to a more common Role-based testing ("administrator", "supervisor" etc)?

Four years ago, when I was working for a telecommunication company; we used to have brainstorm sessions that we came up with testing ideas altogether. One colleague first introduced me with this Persona testing, a.k.a role-playing testing.

How did you invent, formalize and document the Personas?

What are the general advantages of Persona-based testing comparing to a more common Role-based testing ("administrator", "supervisor" etc)? 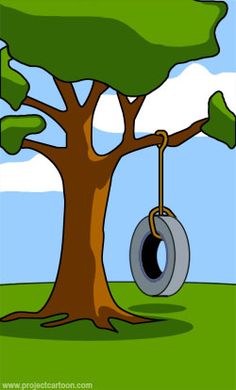 I think you should use persona's in your user-stories. It would be the designer and or the product owner who creates these persona's not the testers. The whole team should validate them together and make sure you built and test with these persona's in mind. I like to hang them in the team room to remind the team whom they are building it for.

Overall it is easier to relate to persona's, as they have

"Jake the 55 year old system administrator" has different needs than "Jim the 25 year old administrator". Once the team knows their names it easier to communicate about them and what their needs are. Jim wants to be able to work on a mobile phone, while Jake rather be at home with his laptop for example. The team should be able to derive requirements from them and when new requirements arrive update the persona's.

Specifying persona's for your product helps with identifying target groups. This should help testers to validate if the functionality works for these groups. Also it gives the team room to discuss if the way it is built currently is sufficient for the main persona's using the system.

So it is not just for the testers, but should benefit everyone from design, developers, testers and also sales & marketing.

Not the answer you're looking for? Browse other questions tagged manual-testing test-management test-design or ask your own question.

10
How to stay motivated when you don’t like the products you’re testing?

8
When is it inappropriate to use white box testing?
17
Difference between requirement, use case, and scenario?
3
Use case testing tools and methods
3
When to use White box Testing in a software or a website?
5
Difference between Exploratory Testing , Monkey Testing and Ad-hoc Testing?
8
What is Scenario Testing and how to create complex test scenario's?
4
Overcoming Cultural Differences with off-shore people
5
Multiple people reviewing a Pull Request
1
Manual Testing: Writing actual and expected outcomes is old fashioned way of writing tests?