Selenium IDE Error-"table view is not available with this format" with Firefox 55.0.3 V(64-bit)

Selenium IDE gives error "table view is not available with this format" when launched with the new version of FireFox 55.0.3 (64-bit). 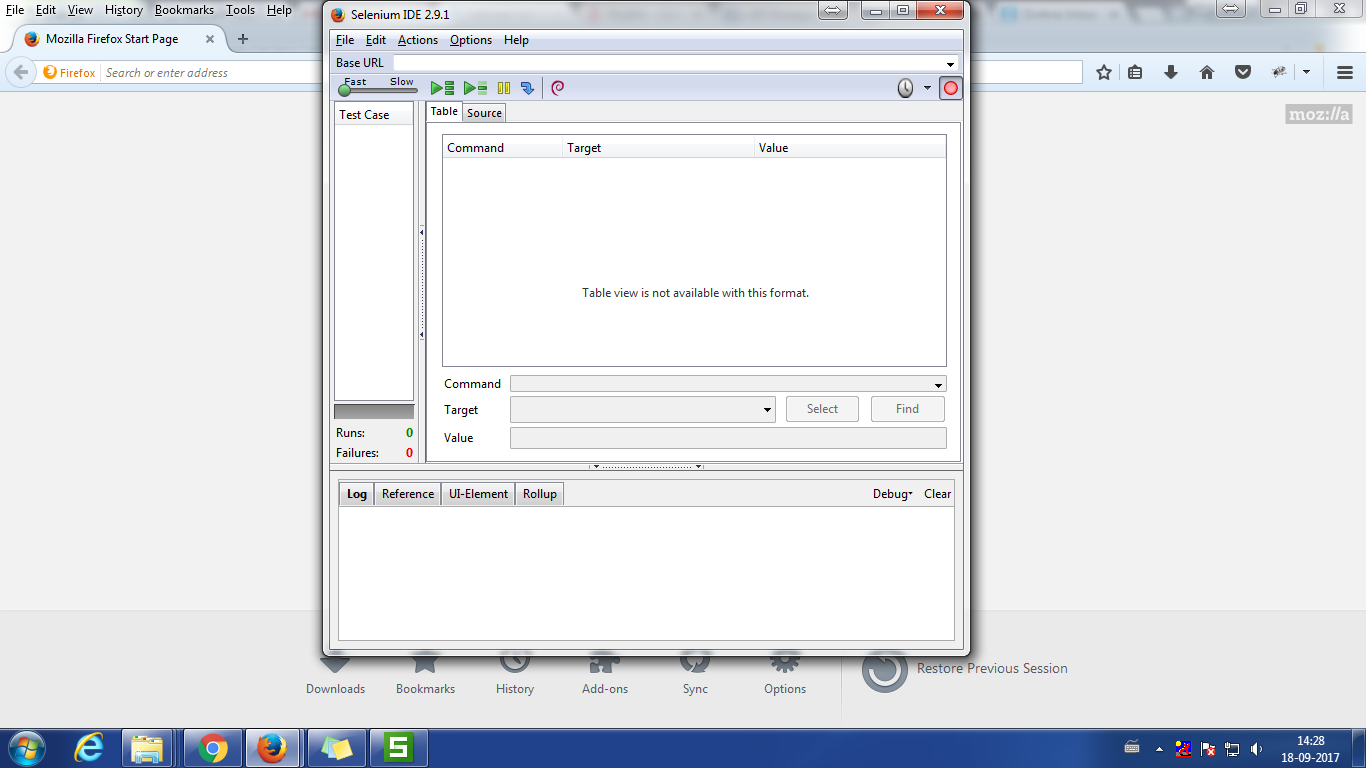 The answer is simple. From Firefox version-55 onwards, Selenium IDE will no longer available to work.

Refer the latest update on seleniumhq.

As others have mentioned, the IDE only works with Firefox 54 and previous.

So the solution is to downgrade to Firefox 54. But instead of downgrading to Firefox 54, better use Firefox PORTABLE 54.0.1. To keep yourself secure, install Firefox 54 portable just for automated testing with the Selenium IDE and install the portable version of Firefox in a separate directory from your main Firefox. This way you can keep auto-updates on for your regular Firefox. This makes sure you are safe when browsing the web.

And once you have done this, there is another issue to overcome: For some reason the IDE is marked as compatible with Firefox up to 34 only - even so it works just fine in Firefox 54. So the Mozilla addon website prevents the install for now good reason :-(

Solution for this issue:

Or try the new chrome-based selenium ide and give the authors some feedback.

Not the answer you're looking for? Browse other questions tagged automated-testing selenium-webdriver selenium-ide or ask your own question.