Last call to make your voice heard! Our 2022 Developer Survey closes in less than a week. Take survey.

Regarding the Build job in jenkins

When I am running maven goal in Jenkins which runs soap tests which are developed using groovy, whenever there is a test failure then all the other tests are failed without any test execution from job...

The same suite when I run from SOAPUI tests is getting executed irrespective of the status of test either PASS or FAIL.

Run from SOAPUI below is the result :

I tried maven fail safe plugin and surefire plugin and run the below command from Jenkins job but not lucky enough :

Please suggest to me what is going wrong?

I had the same problem, here what I did

Also, try to run test on jenkins by unchecked this option 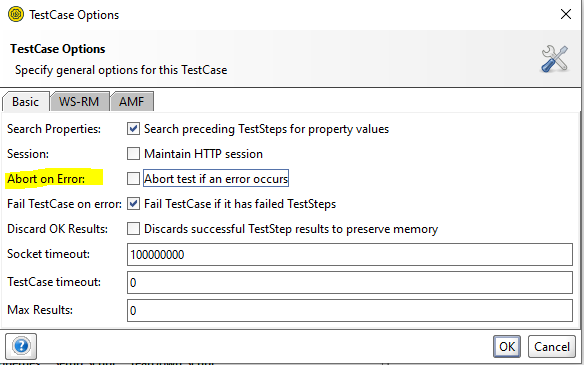 Not the answer you're looking for? Browse other questions tagged jenkins continuous-integration soapui build-verification-test or ask your own question.

2
Can I force a Jenkins job to report a successful TestNG test even when the suite has failures?
3
How to run TestNG failed test cases in Jenkins for Maven project?
2
generating html report from soapui test results when running from maven & jenkins
1
Parallel Test Execution using Jenkins
1
Jenkins: which tests are running?
0
How to couple JMeter with Jenkins?
1
Driver is not executable error in Jenkins but its running in Local Machine (MacBook)