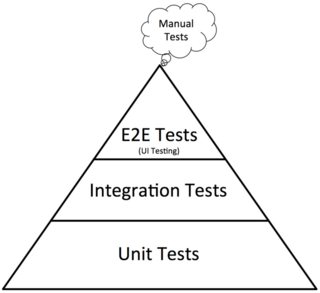 I mostly agree with other great answers however I want to add one thing from my side- UI tests are no longer so slow with new generation of UI automation libraries like puppeteer/Playwright.

I am talking about the difference on the magnitude of at least 10 times faster compared to traditional test libraries/frameworks like selenium.

I recently converted a suite of 70+ tests from selenium to playwright and execution time went down from 1 hour to 5 minutes. And on top of that it has ZERO flakiness in execution.

The reason is , I am covering more layers in a single test where lot of logic/validation is also client side(being a modern web app) which will be covered.