What are some tools for Automated UI Testing of a UWP Windows 10 Touchscreen Tablet App?

I would prefer a tool that allows emulation, records steps, writes the code, outputs errors in notepad, and interfaces with visual studio or team foundation server.

The UI Test Automation flow will be like this:

Option #1: Perfecto has expanded on its Appium extension with the ability to develop and execute Appium test automation on Windows 10 native apps. Perfecto now supports WinAppDriver, the equivalent Appium driver for Windows 10. Customers can use this driver and develop Appium test code in any supported Remote WebDriver language and execute it on Windows 10 PCs such as Surface Pro 3, Surface Pro 4 and others.

To test a UWP app, simply specify the Application Id for the application you want to test in the app capabilities entry when you are creating a session. You can also specify launching arguments if your application supports them through appArguments capability. Below is an example of creating a test session for Windows Alarms & Clock app written in C#:

Features that you can't test in the Windows 10 Mobile Emulator:

Option #3: Winium.Mobile is a free open-source Selenium based Remote WebDriver implementation for automated testing of Windows StoreApps and Silverlight apps, tested on emulators (currently only Windows Phone/Mobile apps are supported) 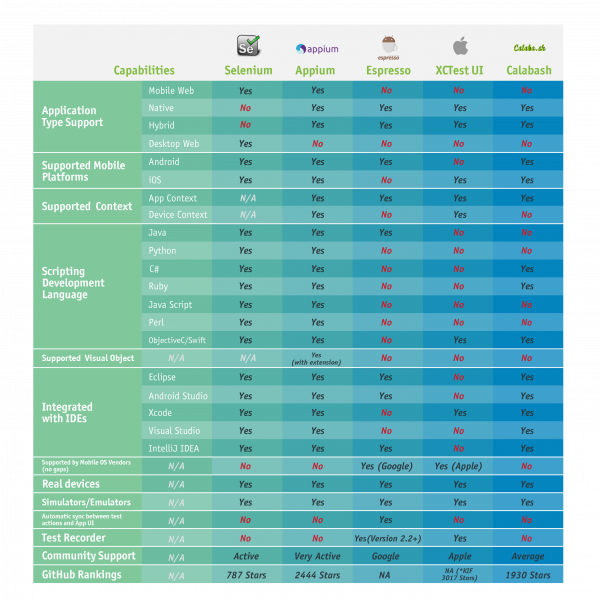 Not the answer you're looking for? Browse other questions tagged automated-testing uiautomation mobile-automation coded-ui-tests windows-10 or ask your own question.