Recently, I was in conversation with a developer, developing an API. We had a conversation appertaining to testing of that API, while I told him we will test the end to end flows of API using automation(rest assured), however, he refused me to do that reason being he said I ll be writing integration testing which will run on live infrastructure. My question here is, if dev team is writing integration tests which are running with live db connections with real test data, do we need to automate end to end journeys for API or should we write integration tests only ?

While integration testing is an approach wherein separate units are integrated and tested. End to end testing is testing in real scenarios that comprises testing with all integrated hardware/software,database, network and other interfaces simulating real User behaviour. That said, these definitions are context dependent and even if the developers are writing end to end tests it generally doesn't work.

Why it doesn't work:

To be honest I am not following what the exact problem you are asking about is.

You can call tests using any name you like, and anyone can develop the test or execute it, obviously as long as they do a good job.

(*) Revolution- what's wrong with giving the developers more responsibility ? "QA mindset" is something we testers invented in the sake of job security. I have worked with excellent "QA minded" developers and some mediocre QA engineers.

I would ask myself in similar situation' Does this test layer covers all kind of risks which may happen in real-time usage in production'?

If not what other kind of tests I need to add more?

This question frequently arise, especially in microservices, wherein every service is independent and responsible for a specific task(s). So, one may argue that if every scenario is covered at integration level and then there are contract tests, why do we need to write end to end. 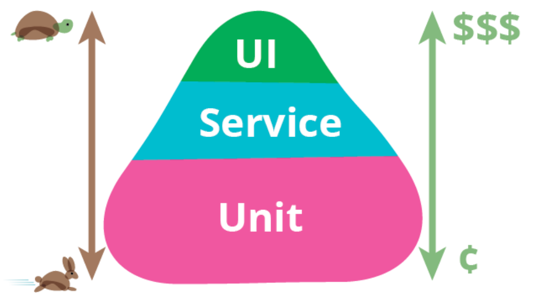 Lastly, another way of answering thisis, after writing all the integration tests, do I need to validate the functionality once from UI (may be not in details), If yes then we need to write end to end tests.

Not the answer you're looking for? Browse other questions tagged api-testing integration-testing rest-api or ask your own question.