What are the proper metrics and methodologies for measuring how well a QA department is doing?

I'm trying propose meaningful changes to measure how well the QA department in our company is doing. I've gone through similar Stackexchange pages that go over measuring a teams/individual's performance but most of them tend to move in the direct of - "metrics are bad". I agree with that approach to a certain degree, but there must be a way to measure how well QA department, the QA teams and QA Engineers are doing.

Here's what we currently measure (not a comprehensive list)

The problem with the above metrics is that the numbers although look good on paper and makes the senior leadership sleep well at night, they aren't of value to me. The Functional Automation numbers are calculated by a check box field in ALM & Jira for each test case (Automated: Yes/No). So teams happily misreport to show a gradual increase.

The leadership set 80% automation goal by the end of 2018, voila - mission accomplished.

Most of the functional automated test cases are unstable plagued by monolithic architectures of the apps and services they meant to test, environment issues, lack of stability of test cases (poor coding standards, no code reviews), overburdened QA engineers with back to back projects with no room for self reflection so on and so forth.

I have an opportunity to propose meaningful changes. But I'm struggling to find the right methodologies and metrics. Using the wrong metrics can be dangerous and discourage good engineers. But the leadership wants to grade all QA Engineers, managers and teams based on some sensible metrics. Operating in a metric-free regime appears to be out of question.

Here are some possible metrics I can think of. Are there any potential pitfalls with them and how do wego about measuring them?

I must be missing a few other important areas. Please let me know what you think.

How well is a team adhering to the QA Test Pyramid (Working towards the right mix - Unit/Component (bigger percentage of total tests) , Service, UI and Non functional tests) - Depends on team's development schedule and your QAs output

How well are the test plans designed - This is on you bruh! :P

How good or bad is our hiring process Are leaders doing the right thing - In the interview, stop asking some ms.universe questions or some very specific syntax.. focus more on their strategy/logic, how would they handle the testing if they were to test it.. how would they manage their time given the devs are 100 and the QAs are 3 :P and last but not the least tell your technical recruiter to stop googling all the java/python related languages and just ignorantly pasting it on job requirements :D

Working software is the primary measure of progress.

Under this perspective, I think all your measures are very fragile, as you mentioned:

How many functional test cases have been automated

A "test case" is something highly manipulable; one can say a scenario is 1 test case whereas another person can say it is 100 test cases - and both can be right.

How much increase in Automation coverage has been achieved each quarter

Same as in the number of test cases.

Number of defects identified in production

As manipulable as the other points, with the addition that quality is subjective and business change. Which means that increase of "bugs" in production can happen without any change in the testing itself. Additionally, nobody wants errors in production (even if error is a subjective evaluation) - we shouldn't reward people for finding them (unless context shows it was a good thing) 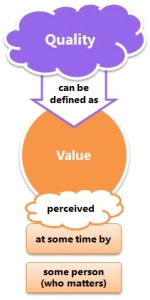 Releases that were done on time

"on time" is manipulable - releases get delayed because somebody had a child; would you add this to the "not on time" bucket? A subjective decision. Additionally, a release "not on time" is a planning issue, not an execution issue. And a plan issue may not mean a issue at all, because "Plans Are Worthless, But Planning Is Everything".

So, getting back to the basic notion of progress as "working software", somethings that you may want to look for (by using objective AND subjective metrics):

Metrics are tools to inspect value, not value itself.

The value are in the questions I've mentioned, not on the metrics you will use to investigate them.

PS: I've written a blog post called "The Scribe's Oath for Testers", which is a "translation" of Bob Martin's Scribe's Oath, a series of 9 statements that truly professional programmers should follow. It may give you some more insights.

See Jake Brower's speech about custom QA quality metric (Quality Scorecard) system that they use in their company which was presented at SQA Days EU conference.

The point of the talk is that universal KPI's do not exist and you should tailor your own metrics to suit your company or your team. Development and QA processes can differ greatly from company to company and even from one team to another.

Not the answer you're looking for? Browse other questions tagged performance qa-developer development-process metrics qa-process or ask your own question.

4
What kind of metrics can be used as an indicative of how well a piece of software meets its functional requirements?
10
What are good metrics for a test team to use to start measuring their workload and ability to meet external deadlines?
4
What are the deliverables of the QA department?
6
Measuring feature coverage with BDDs
3
Means of Quantification of QA impact
2
Comparing test coverage metrics to identify an increase/decrease after implementing automation
4
How should a Black-box Tester measure Test Coverage?
4
How to align dev and test development for regressions?
5
Is it valuable to measure bug count per hour of dev time?