Want to improve this question? Update the question so it's on-topic for Software Quality Assurance & Testing Stack Exchange.

Manual testing
Verify that skin will discolor (a black or green color) if the gold isn’t real. Genuine gold will not react with the skin.

Verify that this clamp is gold, round and clamped for easy use

Verify that this earring is easy to put on your ears

Verify that the earring can put on your ears

Verify that the earring can’t put on your nose

Verify that a diamond is real. Carefully drop the loose stone into the glass. If the gemstone sinks, it’s a real diamond.

Verify that the clip should be clamped

Verify that a diamond and clip well connected

Verify that clamp with diamond is easy to use

Verify that earring looks good and is easy to use

Verify that diameter of earring must be 13mm

Verify that width of earring must be 4mm 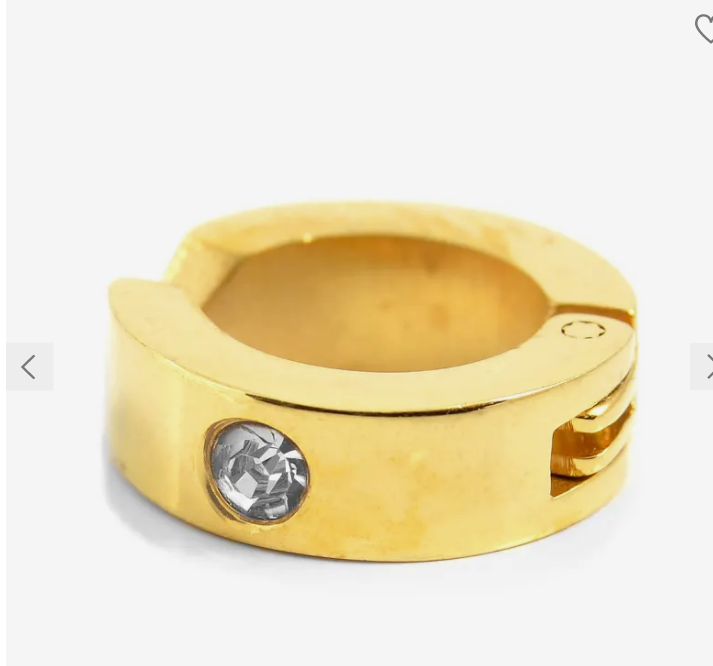 But i don't know is he all right or not?

I'll start off by saying, unrelated to the gist of your question, that this type of question, "Test the item" ones, even for juniors without any previous QA experience, are the stupidest, least useful and crappiest kind of questions you can ask a candidate and I would strongly consider working for a company where the tech interviewer asks this question... even if it is only one question out of a whole bunch.
This type of question needs to die. Fast.

Having said that, between the super-informative title and the body of the questions, I don't really know what you're actually asking!

If you're asking about whether you got all the "correct" testing categories, well, I'm QA for 12 years and don't know half of them (Reactive, Proactive, Component?!?!) or have long forgotten what they mean (Validate, Verify) and I, nor any other QA, have any use for them on daily business, so can't help you there.

If you're asking whether you got the right type of test per category, then absolutely NOT!
By automation I don't mean I want you to test the gold content of the clasp using a robot. I mean Have the robot open-and-close the clasp 10000 times in a row to test the clasp's longevity.
Automation is about having the machine do the boring, mundane, easy to get wrong ("did I already flip the clasp 9990 times, or was it 9989?!") tasks for us.
Also a negative test for an earing would not be that it can't be worn as a nose-ring... you'd be surprised. A better negative test would be: "Try to perform an operation with the earring where it does not function as a piece of jewlery, like turn on the TV with it". Negative tests are about using the product in ways it wasn't ever meant to be used and verifying nothing bad happens due to the misuse.

But ultimately, what I would like to see is figuring out what the purpose of the earring was, it's inteded use cases and so forth, so what I would like you to submit, had I been a stupid interviewer actually still asking a "test an earring" kind of question was:

Actual question like the clasp's durability on average (what does this, on average tell you, by the way?), or if the earring weighs, on average between 5-10 grams are all valid and important question, that I definetly expect you to ask as a QA of the product, no doubt!

But what I really want you to be is a domain expert on the subject of earrings: know the standards that govern the industry, know what is the expectation of the target audience, anticipate what a clueless (or even right-out malicious) user might use the product for, other than its intended use and have a test for all those aspects.

And if you don't know yet, as I'm sure you're not an expert on diamond earrings just yet, I expect you to be both able and willing to educate yourself on the subject using whatever source of data you can find.

Yes, I know, I probably didn't answer your question (which I still don't really know what it was).
I told you, however, what you could do to not have to ask this kind of questions again.

And let me tell you again, no matter even if you're a rookie with no prior experience, think long and hard before taking an offer from a company whose technical lead is so unimaginative and clueless that he resorts to this kind of questions.

Not the answer you're looking for? Browse other questions tagged manual-testing test-design quality-assurance or ask your own question.

1
Question in relation to equivalence class testing
1
Standard for accessiblity testing
1
Software Reliability Testing
5
What do you call the testing done in Stage environment - Re-testing or Regression testing?
1
What is the best way to perform informal testing?
2
Usability testing vs UX testing.What is the difference?
7
Difference between Corner Case Testing, Boundary Case Testing and Edge Case Testing
0
How to write user acceptance testing for web app?
1
Scope of testing in terms of cross browser testing and cross platform testing