I am running an Appium Desktop server to inspect and test windows applications. I am trying to run a first test which simply opens the Windows Notepad and inspects all its window elements. The desired capabilities are as represented by the following JSON:

Under the "Select Elements" option, the opened Notepad Window has only some of its elements detected. It appears to be only the scroll bar and its buttons. None of the menu items are detected, for example.

"Using the Webview inspector in Appium Desktop is less accurate in retrieving and selecting DOM elements in comparison to using the DevTools of Chrome and Safari."

This is shown in the screenshot below: 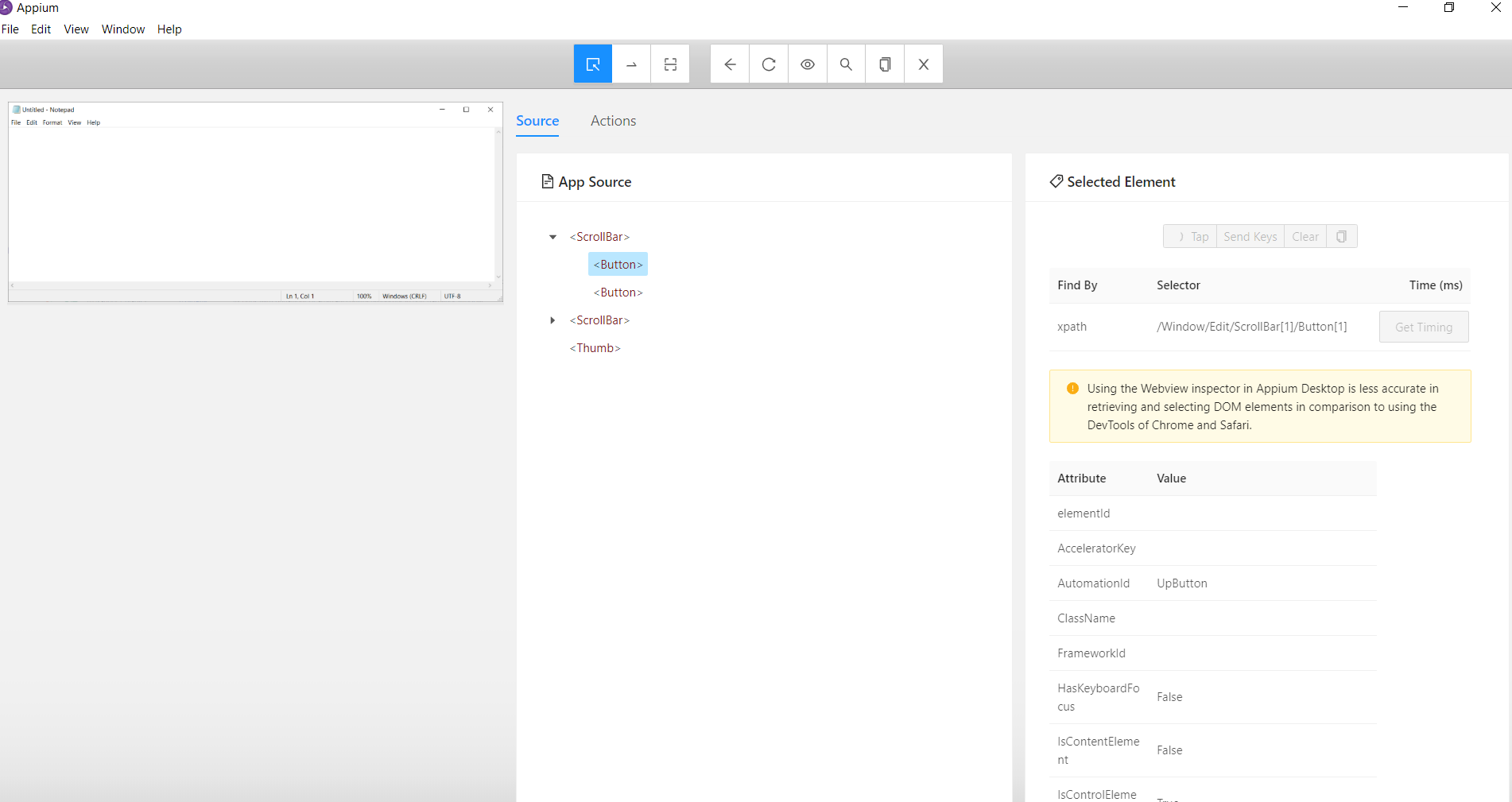 I have done this to try and reproduce what is shown in several tutorials, and in those, all the elements are detected, and no such message as above appears.

You may want to take a look at the Windows Desired Capabilities page. https://github.com/appium/appium-windows-driver#windowsdriver-specific-capabilities

I haven't used the built in inspector to much but Visual Studio has a great inspection tool built into for windows applications.

Not the answer you're looking for? Browse other questions tagged appium or ask your own question.

3
Android App testing with appium
8
Can appium be run on windows to test iOS app?
1
Appium hybrid app could not identify the locators
0
How to scroll in an Android app with Appium 1.6.4 in C# with windows?
0
findElement is not working in Appium on Android
2
Appium Desktop won't open for Ionic App
2
Appium-based framework for testing desktop app (not web)
1
Appium - get all elements