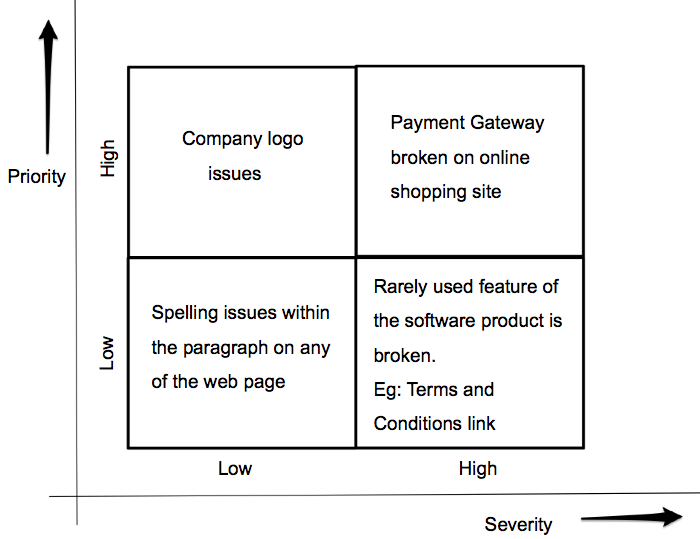 3
Evaluating severity of a defect of a reset button
2
Does anyone know of a good bug matrix or defect management process?

3
Bug reporting on documents
15
What is common practice for labels of the bug severity?
2
Should the highest bug priority be limited to bugs found on the production server
2
how to calculate the percentage for different bug severity rating for black-box testing
59
What should be reported when a bug only happens 50% of the time?
91
Is asking about "The most interesting bug in your career" a good interview question?
0
What is "normal" severity in Allure reporter?
0
Priority and severity
38
What is your approach to low-priority bugs?