A message from our CEO about the future of Stack Overflow and Stack Exchange. Read now.
Profile Activity
Meta user Network profile 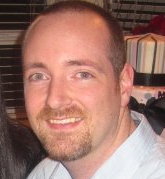 I am currently a QA lead at Nike, leading a team of 6 in manual and automated testing efforts.

Prior to Nike, I was at Webtrends for 2+ years, and prior to that was at Microsoft for 13 years. During my time at Microsoft my responsibilities evolved from test planning and manual testing on various projects to --> writing automation and overseeing manual testing efforts from vendors to --> Developing automation tools and processes for the Windows Live organization including a web UI automation framework and a test result reporting platform as well as other smaller tools. At Webtrends I was the most senior automation engineer and was responsible for creating and executing on an automation plan for the company. We went from no automation to significant coverage via UI automation for both of our legacy products as well as near 100% web service automation for one of our new products. In addition, I created performance test suites for 3 products and was involved in hiring 5 additional developers in test for the company.