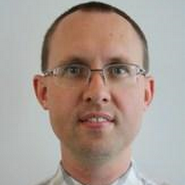 Since then IPv6 adoption has been slowing down while problems caused by IPv4 shortage has been getting much worse.

Should you ever want to give me remote access to a machine, my ssh public key is:

Sometimes I wonder if this xkcd comic might actually be inspired by StackExchange.

This user hasn't posted yet.