How to test decoupled front and back end web apps

I often struggle to see the benefit of unit testing, especially in a web app environment that uses a JS frontend and an API + database backend.

On both the front and back end, you would typically mock all the network requests and responses. For example on the front end we might click a button that is used to create a new widget which sends the request to the back end which creates the widget and returns a response containing the new widget.

In the above scenario we would create our initial unit tests by mocking the actual network requests and just specifying the data that we want sent / received. Everything passes,…great.

Then we change something on the backend and will change the backend unit tests accordingly. Once again all our unit tests pass. But the problem is that now our front end tests continue passing even though the back end has changed.

This continually makes me question the value of unit testing and reminds me of this: 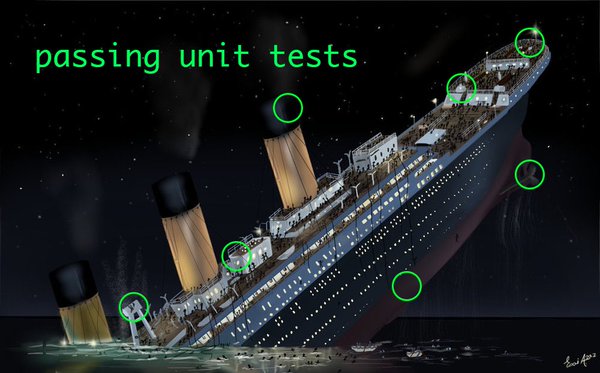 How should integration testing be done with decoupled front / back ends? What tools and techniques are advised?

If you want specifics,...I generally work with Python and Django back ends coupled with React front ends.

What you are looking for is Contract Testing.

It asks "Do I provide the responses that components that depend on me expect?"

Situation: You have two web apps that fetch data from one service. The three have unit/component tests with proper mocking.

The web apps tests may log the mocked responses for each request. If they provide this log to the service, it can verify if it would return the same response as the mock did.

If one web app request change on the service that would break the other web app, the Contract Tests would indicate exactly which web app would be affected.

A tool such as Pact would enable you to do it.

OBS: End-to-end tests, with things such as Selenium, are best use to verify deployment configuration, to ensure the deployment correctly integrates all parts in a production environment. Due its slowlyness and weak precision, they should be avoided as much as possible.

Not the answer you're looking for? Browse other questions tagged api-testing integration-testing end-to-end or ask your own question.

0
Stop animations javascript and other front end work on page load with selenium
2
Diff between Integration(written by dev) and End to End testing(written by qa)
1
Automated End-To-End-Testing: Generate API calls via swagger or make them hardcoded?
3
Pros and cons of using database dump in autotesting?
1
API tests against production DB with no endpoints to set up test data
0
Stubbing Responses in end-to-end tests?